Iraheta Brothers is the epitome of the American dream, a simple idea translated into a Company and thrust into one of America’s oldest and most important industries, transportation of imports/exports. In 2012, Kimberly Sulsar and five drivers found themselves unhappy with how they were being treated by the Trucking industry and the organizations with which they were employed. They envisioned a Company that treated all employees and drivers with respect and above all, appreciation of their immense contribution. They wanted to build an institution that stood for hard work and loyalty to customers. These are lessons instilled by Lee W. Cypress, Kimberly’s Father, who owned and operated Cypress Trucking for 40 years. In 2013, these dreams became a reality when Iraheta Brothers was born in Oakland, California.

Kimberly Sulsar, daughter of Lee W. Cypress, started working at her Father’s trucking company at the age of 9. Over the next 11 years, she worked in every department of Cypress Trucking to gain essential knowledge and experience so that she could one day run her own trucking company. As a young adult she attended Dominican University in San Rafael and majored in Political Science. Upon graduation, she went on to work with the industries top intermodal drayage companies as a dispatcher, terminal manager, and general manager. This solidified her experience in drayage as well as warehousing and distribution industries and paved the way for the creation of Iraheta Brothers in 2013.

Policarpio Manriquez (Poli) was born in Huetamo Michoacán, Mexico on his family’s small farm. He came to the United States at the age of 16 in search of better opportunities. Poli was taught to drive a truck by his brother in-law and fellow co-owner, Alfonso Campos in 1997. After 16 years of experience in the industry, Poli along with 4 others decided that it was time to create a more inclusive organization that treated drivers equitably and with dignity. 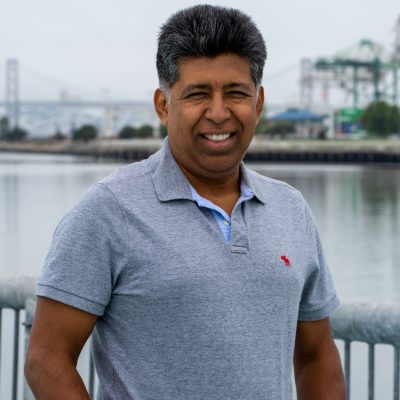 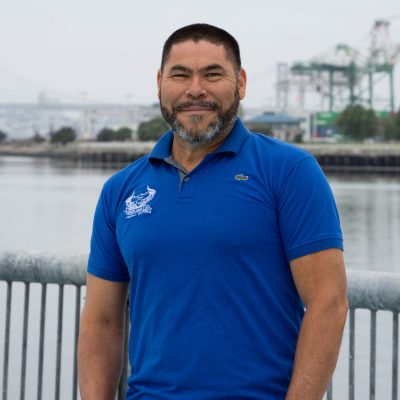 Alfonso was born in Concepción Batres, El Salvador as the youngest of 9 children. After lack of job opportunities in El Salvador he came to the United States at the age of 20 in search of a better life. In 1995, his childhood friend and fellow Iraheta driver, Ever Cortez, taught him how to drive a truck. After years of working for different trucking companies, Alfonso decided to take the leap and start his own company, along with Kimberly, Poli, and Long Mach. His dream was Iraheta Brothers would be a company that would honor the drivers hard work and contributions.

Long Mach was born in Vietnam and raised by a hardworking single mother. His family came to the United States when he was only 10 years old in search of job opportunities for themselves and a better education for their son. Living in Los Angeles, Long Mach attended California State University Long Beach and majored in Manufacturing Engineering. After college and working for different employers, Long Mach decided that he was going to start driving a truck in an effort to have his own business and have the freedom to manage his time. He said the idea of Iraheta Brothers most appeals to him because he ““Loves helping our customers, our neighbors, and our communities get the supplies they so desperately need”. 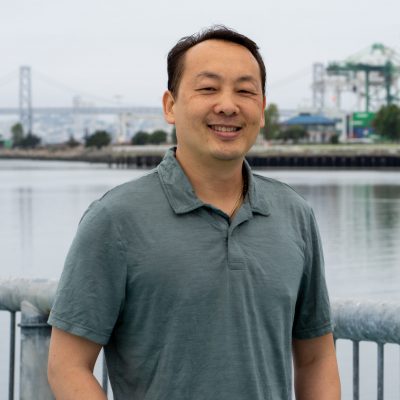 In 1933 on the heels of the Great Depression Lee W. Cypress was born to Lucille Goodspeed in Marshall, Texas. At 6 years of age, they said farewell to Texas and left westbound for California looking for more opportunity settled in poverty-stricken Hunters Point, San Francisco. Despite difficult economic times and widespread racism, Lucille taught her son the value of hard work, strength of character, and dedication that would lead to him to all his future successes. After graduating high school, Lee enlisted in the United States Air Force where he met a fellow comrade who suggested that upon honorable discharge, they should start a trucking company. Except, Lucille had different dreams for her son. After the Air Force, she enrolled her son in the University of San Francisco where he went on to complete his Bachelor of Science degree in Business Administration. After College, Lee worked for United Airlines repairing airplane engines. However, Lee did not forget his dreams of a Company, he started attending night school to learn how to drive a truck. In 1969, while still employed by United Airlines, Lee started Cypress Trucking Company. By the early eighties, Lee had grown his dream into a multimillion-dollar Corporation and worked with every large furniture manufacturer in the world warehousing and distributing all their goods for the entire West Coast. Kimberly Sulsar started working in her Father’s trucking company at the age of 9 years old, and so began her grooming of taking over his legacy.